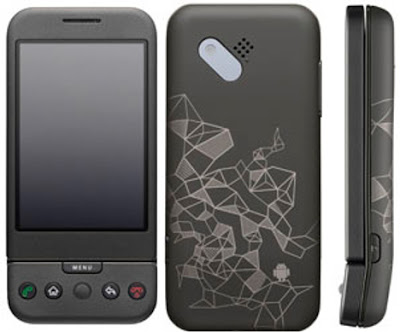 If you, like me, have a Android Dev Phone 1 (“ADP1” from now on), you are probably wondering how to take the latest version of the Android Source Code, the “GIT Master”, compile and put on your device.

Let’s get it started!

To build Android and flash the ADP1 we need different tools and set up some stuff. Because it would be redundant to explain here how to do every single one of those steps, I will just say what you need and where you find the official documentation to do it:

A couple of notes about the last task:

Your current devices has the Access Points (APN) already configured. It would be a good idea to bring them on the firmware we are going to build too. Connect your device if you didn’t do it already and execute on the command line: [code lang=”bash”] $ cd [YOUR_ANDROID_SOURCE_ROOT] $ adb pull /system/etc/apns-conf.xml development/data/etc/apns-conf_sdk.xml [/code] This will use the adb command to pull the APNs from the phone: that’s why we needed the Android SDK. Update: I think this doesn’t really work. But it doesn’t matter, does it? We are going to do a full backup of the phone anyway.

There is a Terminal Emulator application that is installed by default, however it does not appear in the launcher. To stop this madness, edit the file ./development/apps/Term/AndroidManifest.xml and add a new <category> to the <intent-filter> section to make it look like: [code lang=”xml”]… <intent -filter>

</intent> …[/code] What kind of geek would go around with a Linux-based phone and no Terminal Emulator? ;-)

By the way, inside the directory ./development/apps/ there are more applications that are probably not “enabled” during the build: feel free to try this out to see if you discover something interesting; and don’t forget to let us know in the comments.

Build for HTC Dream aka T-Mobile G1 aka ADP1

The Android uses as default build profile the SDK: means that if you do a build now (remember? the make command), it will build the system image for the QEMU Emulator (the one the Android Emulator is based upon).

So, to build for our phone, we need to play a little bit with the build profile. To do so just follow the official how to page about “Building for Dream”. Of course, “Dream” is the code name of the device used by HTC.

Once ready, it’s time to build! Give a nice make inside the source root directory and give it 10 minutes or several hours: it really depends on your hardware. On my MacBook Unibody 2.0Ghz+4GB Ram it took just 20 minutes ;-)

Let’s assume that you downloaded the Android’s source into the directory /home/me/mydroid: this means that you will then have the built stuff under /home/me/mydroid/out/...; During the building process, one particular executable has been built. It’s name is fastboot and it sits under [code lang=”bash”]/home/me/mydroid/out/host/[your computer platform]/bin/fastboot[/code]

Why is it really important? I’ll report here the output of the executable when no parameter is passed: [code lang=”bash”] $ ./fastboot usage: fastboot [ {option} ] {command}

As you can understand, this is used to flash, reboot, erase, … the ADP1. To do so, the device needs to be booted in “fastboot mode”.

IMPORTANT: You don’t need to do this YET, but I explain it here so you can learn how to do it “regardlessly” the usage you make of it. Anyway, that’s how you go in “fastboot” mode: from power off, hold the “camera” button AND the “red/on” button; this will get you into a mode that says “serial0” with androids on skateboards. Plug in the USB cable and press the “back” button; now you should see that the screen shows “fastboot” instead of “serial0”. Try the back button a few more times (and wait a few seconds in between) if you don’t see “fastboot”. Understood? Ok, now get ready because we are going to need this stuff.

Backup: because you never know

Now, it’s time to pay out your curiosity. You are probably puzzling «WHY THE HELL we need JesusFreke’s Images?». Simply because JF distributes his/her (who knows?) image with a recovery image that we can use to boot the phone from like a “live cd” (so, no installation), and use this image to do a complete backup of the current status of the phone. Very handy when the cold times of failure comes.

The menu of JesusFreke recovery.img

What you have to do is:

If everything went right, you should have your ADP1 flashed with the latest build of Android up and running. Enjoy your Geekyness!

Ehm, cooooool! Now how I go back?

Yes, a build made from the repository is not what you would define “a stable release”: most probably a lot of stuff doesn’t not work (like home button and back button in my case), and applications are missing. But you can go to your friend and show how “ahead” you are with your “not-yet-released version of Android”.

Yes, as you should have expected, exactly the same procedure you followed to flash it with the build you made. It’s called “coherence”, and it’s normally a great feature ;)

There is of course the “do it for me, please” version. The one for “lazy cowards”! :-P People like JesusFreke, already been very useful here, can really make stuff easier for the rest of us. He/She maintains a blog with regular releases of his Android built, based on the stable releases of Google, but enhanced with some “spicy and yummy” stuff. While I’m writing this the latest build for ADP1 is JFv1.43RC9.

To install it, he decided to make it very very easy: he just uses the procedure that Google made for us. So, what you have to do is:

Now you have the latest, official and stable build of Android on your ADP1!!! ;) This features stuff like Latitude and more!