I have been thinking of writing a post to “motivate” why this should have happened. My most tweeted rant is:

But today Nokia decided to do it out of the blue (not really). So now I just have to acknowledge that I’m late. :) 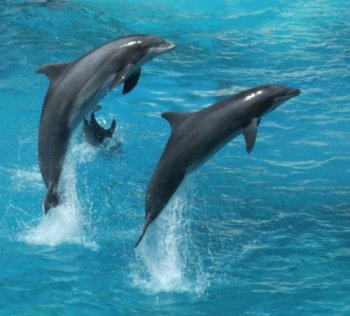 What the heck am I talking about?

Yes, I know, my ability to explain myself, sometimes, fails big time. But if you are here, I want to assume that you know who I’m and, more or less, where I come from. If you don’t, why the heck are you reading my intellectual blasphemy? Go home!

I’m talking about Nokia dropping Symbian and going Qt full steam ahead! Qt will be the solely development platform that Nokia will talk about, regardlessly of the underlying operating system.

An informed and contextually-aware reader would notice that Symbian is not dead, is just going to become irrelevant for the developer. I say: Yes and no.

In fact, we will no longer be talking about Symbian^3 or Symbian^4 at all – it will be one constantly evolving and constantly improving platform.

This sounds like great. But it actually isn’t. If you Google a bit, you will find articles coming from the ground that explain that Nokia is also dropping hundred of thousands of developers dedicated to the Symbian platform. This means that Symbian will stop evolving and gracefully go.

Too much assumptions and deductions? No, I just know.

Why do I keep distinguishing between S60 and Symbian? Internally to Nokia, S60 is the real deal. Symbian always provided just the core, while Nokia’s engineer were building the big fat pack of features on the top… and, in the name of a miserably designed HAL, the bottom. But they always did a great Job: they made an half-arsed product, go into mass market. Sorry Symbian folks, but this is just the plain truth: I have been there, I’ve seen and learned; I’m not just “burping” stuff.

My understanding of the new strategy, is that S60 will live on, providing the platform for the phones of this year and some next year. S60 is named in “Symbian Jargon” Symbian^4, but what people get in their phone is not the plain S^4 coming from the Symbian Foundation: Nokia adds all the proprietary, S60 specific stuff on top.

So, naturally, Nokia will keep doing S60, and Symbian Foundation will no longer be supported. It makes sense, given that the only company left there was Nokia anyway.

Qt is the way forward

OK, now I do my guessing. So far my prediction have all been confirmed (and you can ask to some friends/colleagues how good I’m at this specific topic ;-) ).

Qt is just great! When I wear my C++ hat, I think Qt is the best thought, structured, clean, lean framework out there. A pleasure for the eyes, the code, the intellect: you learn great programming techniques, while delivering very good code. If you have been coding for Symbian, MeeGo/Maemo, and you don’t code Qt already… where the HELL have you been bro?

Qt is the way forward! Is what Nokia should have done since day 0: build the development platform all and SOLELY on Qt. I would have even dare saying: make an OS all based on Qt.

Wait a minute, but that’s what MeeGo is there for!

MeeGo is on the Qt wagon

MeeGo is a child product of Maemo. It’s the result of a “sort of fusion” between Intel’s and Nokia’s efforts to do an Open Source Mobile Operating System. It carries all the hope and the will of the Open Source community… the one that doesn’t like Android at least.

The plan for MeeGo is to be Modern, Feature-rich, Innovative: all the stuff in which Symbian still fails BIG TIME. No, I don’t care about the N8: that’s just the old same rubbish with some transitions and a much more powerful hardware. There is no (software) innovation (and, on top of that, is ugly!).

Qt, and in particular QML/Quick, will have in MeeGo the showcase platform: MeeGo will have the hardware power and the traction to do that. At least, I hope.

I’m not convinced yet

OK, then consider that Nokia, together with the official announcement of today, also declared that will be shrinking the Offices that have so far focused on Symbian. I have some info on which one, but that’s a delicate matter and it’s better to leave this to Nokia to declare.

On the other hand, MeeGo-related positions are still growing and high demand, even though mainly in Finland, based at least on the job offers I get through LinkedIn ;)

“So Long, and Thanks for All the Fish”

Symbian for me has a sentimental value. The company, Symbian Ltd., has been so kind to introduce me to the UK Job Market, trusting my C++ skills that, at the time, were not as good as I managed to pretend during the interview :-P . It was a great place to work in, and has been the most successful and mass market Mobile Operating System for years. Almost 10 years.

Now it’s “Curtain Call” time, and in my opinion has been for the last 2 years. This is another step in that direction.

Why the Douglas Adams quote? The mix of Geek and British Culture in Symbian was really strong, and every time someone was leaving, that very quote from The Hichhiker’s Guide was said or sent (over email). I feel like is the right thing to say.

My thought now goes to the (ex)colleagues, some of them friends, that will be affected by Nokia’s decision, but I’m sure that, as brilliant as they are, life will reserve something new and interesting.

Or maybe Nokia wont cut so many jobs: after all, if you really want to have Qt over different OS, the need for Engineers to cope with the burden of having a cross platform framework, wont go away easily. Am I wrong?