October this year, while I was in the process of changing job, I started working on an open source project to monitor Kafka consumer lag. At New Relic, a previous gig, we used a lot of Kafka, and we cared equally about monitoring its usage: there are some great articles on New Relic own blogs, published over the years.

In the process, I realised that I needed a way to spin up a Kafka cluster for development, and I needed a producer of Kafka records, that was able to behave in accordance to specific scenarios.

I’m also still learning Rust, and so this was the perfect excuse: fresh project, a language I want to become proficient in, and time to learn-by-doing.

Ksunami is a command-line tool to produce a constant, configurable, cyclical stream of (dummy) records against a Kafka Cluster Topic.

If you are experimenting with scalability and latency against Kafka, and are looking for ways to reproduce a continues stream of records, following a specific traffic pattern that repeats periodically, Ksunami is the tool for you.

Ksunami offers a way to set up the production of records, expressing the scenario as a sequence of “phases” that repeat indefinitely. Records content is configurable but random: the purpose of the tool is to help with performance and scalability testing of your infrastructure.

Ksunami (crates.io) is a command line tool, useful to reproduce typical production scenarios that are harder to do artificially without a lot of preparation.

Ksunami comes from spending a few years managing Kafka infrastructure, and having to address problems that occur in very specific, very high-throughput situations. Situations that… wake you up at night.

In the repo I provided some ideas on how Ksunami can be used. And, even in this early stage, it already provides many options, to tailor to very specific needs.

Ksunami is built around the concept of 4 phases and transitions: in the README.md I provided an extended explaination of its core concepts. And if you want to know how Cubic Bézier curves fit into producing records to Kafka, give it a read.

At the time of writing, Ksunami is at version v0.1.x, and I delineated a bit of a roadmap in the issue tracker.

Even if we are just at 0.1.x, Ksunami is already sporting a multi-threaded async core, based on the superb Tokio, and a rich command line interface, thanks to the awesome clap.

Spinning a Kafka cluster for development

Earlier I was hinting at Kafka Development Cluster:

A battery-included BUT development-only pairing of Makefile & docker-compose.yml, designed to quickly spin-up a Kafka cluster for development purposes.

kafka-dev-cluster has all someone (I?) needs to get a local dev cluster going, and it comes with some super simple Makefile commands, so I can get bytes in and out of Kafka fast.

There is no installation: just clone the repo, and start the cluster.

I have half a mind to add a Prometheus instance to it, so that it can spin up a dashboard on a different port. It could help with local monitoring. Ah, and maybe a Schema Registry?

I created an dedicated GitHub Organization to host what I’m doing. Yes! It was supposed to be called Kafkesque, but someone decide to take that username, and use it to make 2 commits in 5 years ;-(. So I went for a funny alternative: Kafkesc. 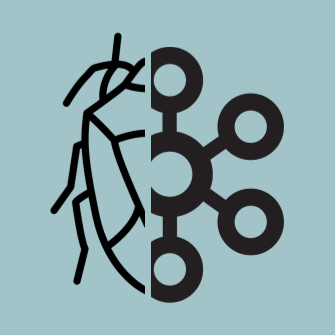 In this organization I’m going to host Kafka-related repositories and projects, as the needs arise.

Ksunami is a Records Producer: I can tell it to produce more or less, at specific intervals, with specific spikes and valleys, tailoring its behaviour to the scenarios I want.

I now need a Records Consumer! Something that can be made to misbehave? That every 10 minutes takes a nap and stops consuming? That turns on once a day, consumes a whole topic of records, and then sleeps for 23h, letting records (and lag) accumulate?

Sorry, it will be a while before I can release a consumer lag calculator. But I did write last year a Rust parser for __consumer_offsets: maybe I should take a second and release that as a Rust Crate?